My Journey to the Mennonites

What is it like to become an Anabaptist? What does following the Bible and obeying Christ in all of life look like? Listen as Samantha shares her testimony of how God directed her life, bringing her to a saving faith in Him while surrounding her with people dedicated to serving Christ and loving others.
Being part of the body of Christ is such a blessing. We hope this episode encourages you to continue pursuing Christ, realizing that following His ways regardless of the outcome is the most important decision a person can make.

The following is taken from an interview with Samantha Trenkamp conducted by Valonna Miller.

Valonna: Tell us a little of your life before joining the Mennonite church.

Samantha: My extended family identifies as Catholic on both sides, though nominally so. My dad attended a Catholic high school. My immediate family was nominal as well, but we wanted something more. We visited many different churches during my growing up years. We were never felt settled in the Catholic worldview, but we didn’t know anything else. I attended public school until 4th grade, at which point my mom and dad decided to begin homeschooling me and my siblings. It was difficult to leave behind our friends and enter a new way of life, as well as a whole new type of culture as the typical homesteader-homeschoolers. Another factor in my growing up years was that, young as I was, I was seriously on my way to becoming a professional dancer. I was helping to teach younger classes, performed with the Knoxville Ballet twice, studied briefly under a German choreographer, and had a trip scheduled to go to New York for further study. My instructor had great faith in me. But a series of events out of our control effectively derailed those ambitions, and I ended up not taking dance classes at all. Looking back, I’m certain that was a God-directed shift in my life for which I am thankful.

Samantha: After we started homeschooling we began regularly attending a local Catholic church with another homeschool family. I was not baptized as an infant and so I received baptism through this church when I was 11, along with my other siblings. We did not understand why we were being baptized; it was just part of what you did, a part of the process of being in the Catholic church. I remember feeling less than satisfied over this time. I often found myself as the youngest in the crowd of young people and had few friends I could call my own. I felt alone and wanted the reality of people and relationship. I appreciated the traditions and rituals of Mass, but never felt connected to the Lord or to the people. God was never presented to me as Someone with whom I could have a relationship, so I viewed Him as a God who did things for me if I did all the right things by Catholic standards (reciting the Rosary, confession to the priest, partaking of the Eucharist, etc.). God was distant. I was never really told why we did things or what anything meant. After a time, our elderly priest became ill and was replaced by a younger priest, whom we did not feel we could support, so we started looking for another church. I was 12 to13 years old when we began attending a charismatic, non-denominational fellowship via another homeschool family. We liked it there because there were quite a few young people. A few weeks after we began attending, the youth were going on a retreat. Since we were unable to afford it at that time, the church paid the way for my sister and I so we could join them. It was during the retreat that I encountered Christ and took hold of His salvation for me personally. Because there was a great deal of emotionalism and expectations within that kind of geared up atmosphere, I wasn’t sure if it was a real salvation experience and chose not to receive believer’s baptism with my sister upon returning home. Looking back now, I know that is where Jesus first found me. Unfortunately we did not receive much follow-up in terms of discipleship. After attending the charismatic church for about six months, various issues began to arise internally. Ultimately we decided it was time to move on to another church, as did some other families. Over the next few years my mom began seriously researching the web and various books about denominations. She was open to just about any kind of Christian faith at that point. Surely there were people sincerely following Jesus and Scripture somewhere! Eventually she came across the Anabaptists. These people intrigued her and somehow she made contact with a Mennonite pastor in Indiana who sent us information on the faith and practice of the Mennonites. We began studying the Scriptures and Anabaptist faith and practices, but it would be a little while before we would actually meet anyone of Anabaptist faith. During that time we began adjusting our lifestyle according to what we found in Scripture. We experimented with practicing the woman’s head covering and wearing skirts. I remember the day my mom told us that she would like to start wearing the head covering regularly. I don’t understand it even now, but I went to my room, pulled out the only kerchief I owned, and put it on. Skirts though were a different issue. Having always been a prideful tomboy, wearing skirts was kind of hard for me. I remember standing in my closet with a garbage bag intended for the thrift store and struggling with having to give up my favorite pair of hunter’s camo cargo pants. Socially, that was harder for me to adjust to than wearing the covering. Anyone can wear a basic kerchief and not be too noticeable, but, as a woman, wearing a skirt gives you a whole new identity in society. When people see a woman who embraces her femininity, they look at and treat her differently. This was a good thing, but an adjustment all the same. Later on, when I was about 16, by a wild “coincidence”, we happened to be taking a new route home one day and were shocked to see a little Anabaptist church tucked back in the hills! We had been living in the Sevierville/Knoxville, TN area practically all of my life and here was a little church in the middle of nowhere right when we were becoming interested in that very thing! We called the pastor (Joe Rudolph), began attending the somewhat new church plant, and the rest is history. Our family had to move a couple of times after that for jobs between Kentucky and Tennessee, so the few churches we found during those years were discovered by randomly crossing paths with other Anabaptists, or by local people pointing us in the direction of other “head covering people” who were homechurching. Now it’s more than ten years later. I began attending Wellspring Mennonite Church almost 8 years ago, finally received a believer’s baptism when I was 21, and positively love being a part of this group of believers who love Jesus and His Kingdom.

Valonna: What were some of the contributing factors that convinced you to join the Anabaptists?

Samantha: There were two big reasons why I joyfully chose to identify with the Anabaptist faith and people:

Valonna: Is there anything else you would like to add before we close?

Samantha: Yes. Because of the path I chose in following Jesus and identifying with the Mennonite church, relationships with extended family became increasingly strained. Others who have come into the Mennonite church have experienced similar tensions. The Anabaptist worldview and lifestyle of faith rubs harshly against the grain of our flesh and it can be difficult for others to understand and accept. In spite of that, Jesus’ promise has proven true that, if we forsake all for His sake, including family, He will restore a hundred fold. I like to think of my faith family as my other “Blood” family, because the Blood of Jesus over His people is eternally binding. When I take time to look back over my life, I often think of the hymn that says “The half has never been told”. So this is just a part of my testimony and journey with the Lord. God is faithful; all we need to do is trust and follow Him. Everything He does is good. Samantha (Trenkamp) Bender was raised in the hills of East Tennessee, but now lives in the land of corn and hogs that is Iowa with her dear husband and daughter. She enjoys writing children’s stories and sharing words of truth with concision and simplicity. Valonna Eby lives in Athens, TN with her husband, Myron, and attends Wellspring Mennonite Church. In addition to her role as wife and mother, she enjoys good coffee, mountains, music, and reading. 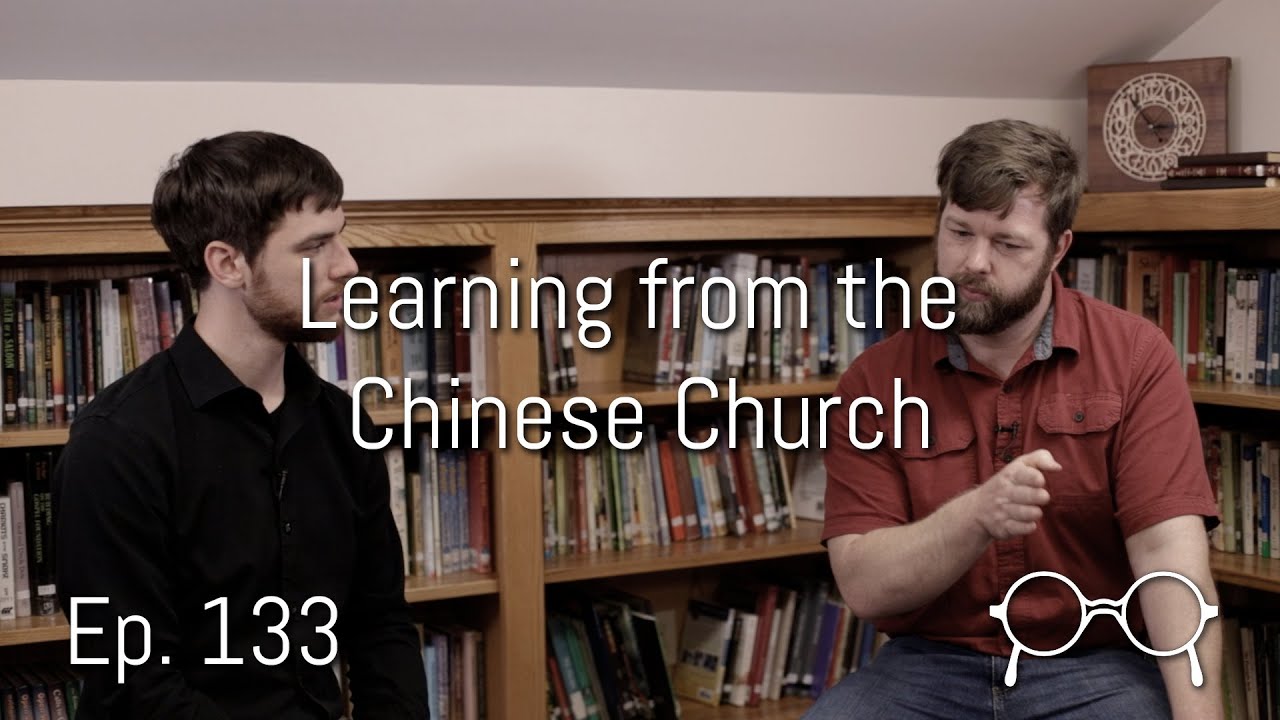 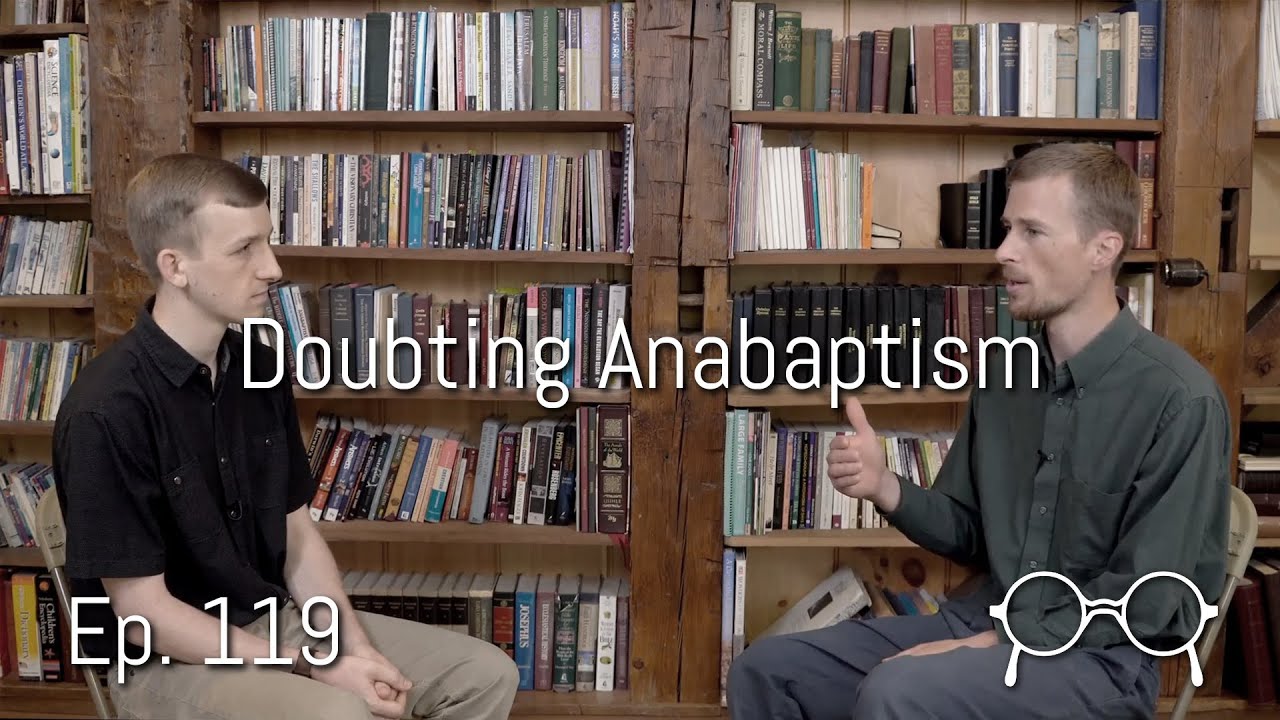