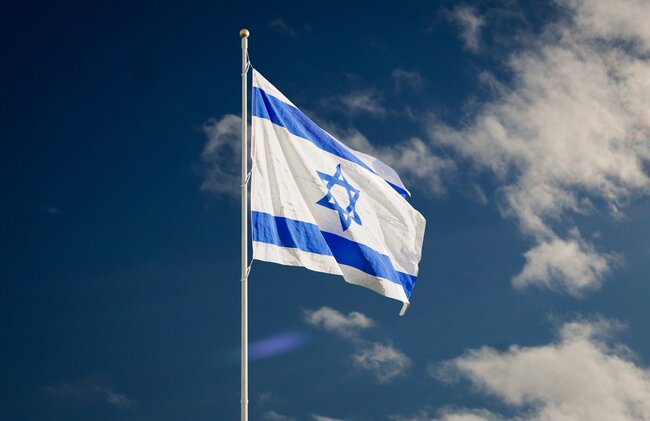 A Glimpse at Anti-Semitism

Is the deteriorating atmosphere regarding the Jewish people in the U.S.A. and abroad a new thing?  Even prior to the New Covenant, the Jewish people have been singled out for discrimination; it has never truly gone away.  So what is the current situation today, and how shall the Anabaptist community respond?  The answer requires reflection on the issues involved, biblical perspective, and living faith.

Vandalism, shootings, stabbings, hate filled rants, eggings;  these all seem like somewhat common fare against Jewish people today.  The motives behind these crimes are often foggy, and truly there are many different platforms from which to address the issues.  A few of the motives have included: copy-cat attacks, white and black supremacy groups, poor neighborly relationships, plain hatred, and criminal opportunists.  Law enforcement has struggled to defend Jews because the hatred comes from such a wide spectrum of society.  Notably, it was reported, “…in most cases, the attackers have not stated a clear reason for their attacks”. “They all had one common theme, which was the hatred of Jews, and that’s the common thread here and that’s what we have to keep our eye on,” said Evan Bernstein, the New York/New Jersey regional director at the Anti-Defamation League.2  Astonishingly, Mike Huckabee reported, “Jews represent less than 2% of the American population, but 60% of religion-based crimes in 2018 were directed toward Jewish people”.4  Day to day life has been somewhat unaffected in the Jewish communities of NYC, but there is a realization of the ever-present danger.  Externally, reminders of this reality are clear with the increased police presence in Jewish communities.  Internally, painful memories of the not-too-distant past still linger.

Tragically, anti-Semitic attacks have been committed and are being committed by those who would claim Jesus’ name; and yes, we have direct connections to old and very recent stories.  The truth of the matter is: false “Christians” are to blame for a percentage of the hatred perpetrated against the Jewish people.  The average religious Jewish person today would see the Crusades, Spanish Inquisition, and the Holocaust as instigated by “Christians.”  To unpack these statements, one needs books, not blogs.  Nevertheless, men who are considered to be Christian heroes such as Martin Luther, who have done much good, have spoken hatred toward the Jewish people.  Searching for an answer to Jewish rejection of Jesus as Messiah, Luther wrote,

First, their synagogues should be set on fire…Secondly, their homes should likewise be broken down and destroyed….Thirdly, they should be deprived of their prayer-books and Talmuds…Fourthly, their rabbis must be forbidden under threat of death to teach any more…Fifthly, passport and traveling privileges should be absolutely forbidden to the Jews….Sixthly, they ought to be stopped from usury (charging interest on loans)….Seventhly, let the young and strong Jews and Jewesses be given the flail, the ax, the hoe, the spade, the distaff, and spindle, and let them earn their bread by the sweat of their noses…We ought to drive the rascally lazy bones out of our system….Therefore away with them….

To sum up, dear princes and nobles who have Jews in your domains, if this advice of mine does not suit you, then find a better one so that you and we may all be free of this insufferable devilish burden-the Jews”.4

Words have consequences.  Anti-Semitism today, therefore, is just seen as a continuation of these tragedies.

Tears are needed amongst true believers in Jesus the Messiah because of a realization of the hideous stain to His name.  Jesus’ Name has been used by evil men as justification to commit their evil deeds, and we should be grieved!  There could be much debate on the views of Eschatology.  However, let’s agree on this point:  God never gave the church the authority to punish any ethnic people group with violence because of their rejection of Jesus as Messiah.  On the contrary, when James and John wanted to call down fire against those who rejected him, Jesus responded in Luke 9 with rebuke saying, “Ye know not what manner of spirit ye are of. For the Son of man is not come to destroy men’s lives, but to save them”.3   Anti-Semitism in all forms is contrary to Jesus’ life and doctrine!  We must weep over this evil.

From a purely human perspective, one can clearly see that poor neighborly relationships have not motivated these attacks.  There is a spiritual, even demonic, dimension to this problem.  Isaiah 43:10 speaks of the nation of Israel as “…my witnesses…” The nation of Israel was chosen by God to be a witness for his name and an avenue of blessing to the nations.  Although the majority of national Israel continues to reject Jesus as Messiah, it is still a witness to the reality of the one true God; and how Satan hates God!

An intriguing passage in Isaiah 25:8 mentions “…the rebuke of his people…”. Throughout the Scriptures there is a “rebuke” (Jer. 24:9, 29:18; also consider Deut. 28:37, 1 Kings 9:7, Lam. 2:15) that follows the people of Israel when they refuse to follow the LORD.  The reality of the “reproach” Jewish people face today is gut-wrenching.  Ultimately, the Lord knows if judgment for disobedience is a part of the reasoning behind the irrational, unmatched hatred that the Jewish people are facing today.  However, the context of Isaiah 25:8 is futuristic “…He will remove His people’s reproach from all the earth.  For Adonai has spoken” change this to “…and the rebuke of his people shall he take away from off all the earth: for the LORD hath spoken it.”  Let’s be clear, only those who trust in Jesus the Messiah will be saved!  That said, if the present reproach is true, so also will it be true when God takes the reproach away.  There will be little wonder that in the consummation there will be tears to wipe away when “…all Israel shall be saved…”( Rom. 11:26).

How does this apply to us presently?  We do need a living faith. First, engage Jewish people.  Learn their current needs, personal experience with anti-Semitism, and listen to their family’s story.   Secondly, if Jewish people can be singled out for evil, why should they not be singled out for good?  There are many things for which we can show appreciation.  How about thanking a Jewish person for the way God has used them to preserve the Scriptures?  We are thankful for that preservation.  Thirdly, one must prepare the mind and the home.  Living faith acts. As Christians, we are duty bound to love every person and to teach our children to do the same. God forbid that the current situation continues to escalate!  However, America is not beyond the ability to act as Germany did during the Holocaust.  How will the Anabaptist community respond in heightened tensions?  Will it be willing to place its possessions and families at risk in order to help?    Fourthly, don’t forget who we are:  a grafted in Gentile (3. Rom. 11:17).  This misunderstanding of the roots of the faith has often led to a stance of pride.  Pride has its out-workings, and Jewish people have felt the brunt of “Christian” pride.  Fifthly, but certainly not least, share the Gospel!  Jesus is the Messiah. “Neither is there salvation in any other: for there is none other name under heaven given among men whereby we must be saved” (3. Acts 4:12).  If we believe this, then we will call all men, Jew and Gentile, to faith in Him.

Anti-Semitism pervades society and has escalated recently.   Jesus didn’t give room for violent hatred against any ethnicity.  Will the Anabaptist community respond with indifference or the Spirit of the Messiah?

3 All Scripture in this article is from the Holy Bible, King James Version.  Michigan:  Zondervan, 1994.