What does the Bible say about sexual abuse? What do North American laws say about this subject? Let’s talk about shame, guilt, honesty, repentance, forgiveness, bold love, Isaiah 53, where to get help, and what are the perpetrators of abuse.

What is the definition of sexual abuse? Sexual abuse is touching, rubbing, and patting another person by the offender for his sexual arousal. It also includes visual, verbal, and psychological interaction even when there is no physical contact. Sexual abuse also can include forced sexual intercourse.

Researchers have discovered that by the age of eighteen, one out of every three women will be victims of sexual abuse. Other researchers say the numbers are higher – one out of two. For men, some say one out of seven.

So what are the reasons for the present problems with sexual abuse among our conservative Mennonite circles?

Victims often become abusers. In many cases, the abusers themselves were victimized by siblings, uncles, and other relatives. Family secrets are harder to keep because of the challenges families are facing, such as pornography, general moral decline in society, and the loss of spiritual courage. Churches often treat these problems as issues of morality, not realizing that it is both a spiritual problem and a brain problem. Counselors tell men to try harder, pray harder, and love Jesus more, but what starts off as a moral problem quickly becomes a brain problem. Telling a man to try harder is only tightening the noose of bondage. Today new truth regarding strongholds of the mind and how a person becomes enslaved to sin are emerging. The brain basically gets hijacked. For example, when a woman is nursing her child and she is skin to skin with her baby, her brain releases chemicals which emotionally bond her to her child. The same thing happens during sexual experiences. God designed our brains to be glued to another person through human bonding. In human sexuality, when brain chemicals are released, the persons involved become emotionally bonded with the sexual partner. When porn is viewed, powerful brain chemicals are released which causes a bond with the images. This is why Satan attacks our sexuality so much. By attacking human sexuality, human bonding is also attacked.

We are grateful for Anabaptist awareness, which include symposiums on sexual abuse. These workshops and seminars assist us in dealing with the challenges we experience. And yet, the problem still exists, because sin and immorality continue to be rampant just like in past years. Ezekiel 33:10 reminds us that our sins will pine us away. Our sin causes moral, emotional, and spiritual rot. Godly, human sexuality is indeed one of the most sacred bonds of humanity. However, just like Ezekiel reminds us, sin will rot; perversions will cause such devastation. Psalm 4:2 admonishes us not to love what is worthless, and David was referring to deception. Jeremiah 2:5 says, “When we walk after emptiness, we become empty” and in verse 19, “Our wickedness will correct us.”

What does the Bible say about human value, dignity, and worth? The major social concerns of the covenant include the sacredness of marriage, the value of women, and the vulnerable among our children. God used Moses to speak to the Isrealites about sexual abuse in many examples of Scripture.1

There are moral laws of society, particularly in North America and Western Europe, which protect against sexual perpetration. As pastors and church leaders, if we hear of people under the age of sixteen being sexually abused, we are required by law to report this to Child and Family Services and to our local police. So not only does the Bible address sexual abuse and God’s view of it, but there is also North American order.

Damages that go along with sexual abuse can include feelings of powerlessness, betrayal, confusion, and feelings of being rejected by God. The victim often feels smaller and weaker and also feels unable to stop the abuse because of being threatened, trapped, or helpless. Frequently the victim hates himself and becomes depressed.

Eighty-four percent of the cases by an offender involves a relative or someone well-known to the victim. The set-up of friendliness, gifts, and appropriate touches lead to the point of the victim being sexually abused. Trust is betrayed and an awful crime has taken place. Frequently the victim begins hating the perpetrator and hating God.

Violent confusion and shame about one’s own sexuality sets in. The victim begins to hate his or her own sexual feelings. This can create many marriage problems. It becomes difficult to give or receive love and affection. Sex and intimacy become confused. Sometimes individuals blame God for giving them sexual pleasures. Therefore, pleasure and sexual pleasure become confused as well, especially among men where pleasure seems more intense.

The feeling of being rejected by God often makes victims feel as if no one understands their inner struggles. Many victims feel like their heavenly Father is disgusted with them and acts hatefully toward them or that He is completely uninvolved in their lives.

Shame and guilt are a great challenge as well. We, as humans, are made in the image of God, and created with value and dignity according to Genesis 1:27. We also recognize and know that Genesis 3:6 refers to the huge problem of sin and depravity in human nature, including our fallenness.  Shame and guilt will decrease the potential for understanding our dignity and value and thus we only see our sin and depravity. Rather than find ways to deal with our shame and guilt, we turn to self-hate, as well as hate and contempt for others, which frequently causes depression and repeated failures.  The hate toward others frequently turns into gossip, critical attitudes, and cutting remarks. Because that approach does not work, we turn to performance, such as being a good worker or being involved in ministry. In the case of young people, high performance in sports or becoming a perfectionist helps to cover their shame and guilt. Our shame and guilt should move us to find remedies by turning to the Lord to deal with our shame and guilt.

1Exodus 22:19; Deuteronomy 27:21; Leviticus 20:15,16 (He defined purity and sexuality. The Old Testament Law also talked about incest and purity with relatives and in-laws.) Leviticus 10:20,21 (Has a long list of things mentioned including rape, and prostitution.) See also Deuteronomy 22 and 23. Return to context⬏

Amos Esh is originally from Pennsylvania. An early life call to missions and the US draft conscientious objector (CO) program made it possible in 1965 for Amos (and the following year his wife Verna) to join the mission efforts in Northwestern, Ontario, Canada. The first 7 years were with Northern Light Gospel Missions. Since 1972 they have served with Northern Youth Programs. Amos has a Masters Degree in Biblical Counseling. Even though currently semi-retired, he stays engaged in pastoral counseling, and teaching training workshops among the Cree and Ojibwa peoples of the region. One of the workshops is for healing and hope for those who have been sexually abused. 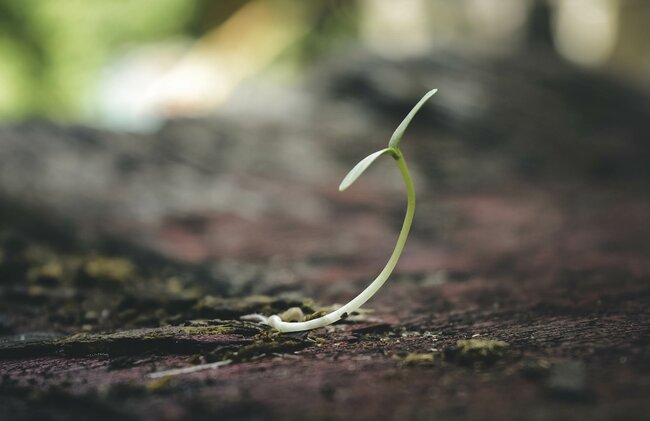 Why No Mennonite Church? Ask Anabaptist Perspectives Anything Episode 23